Its All Happening This Month 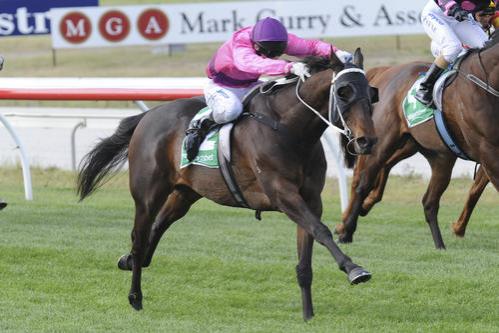 How the weeks are flying by already into October, the month of September saw us have 35 runners and weighing in 22 times. Firstly I would like to announce the retirement of a lovely horse, Blue Collar Jack.

Where do I start with him, he was a great horse to everyone involved in the stable and very much adored, I won’t ever forget an incident at Cranbourne races one day when he was home and hosed only 200 metres out from the winning post when a seagull flew up in front of him and well yes he wasn’t impressed and drifted of sideways to be beaten by the seagull and yes we didn’t win the race.

Amazing old horse he is, he won the Cranbourne Cup in 2006 and ran 2nd in 2007.
He nearly made retirement as a seven year old, had a lovely home to go to but fortunately for us he wasn’t collected which meant no retirement as yet. In his second life as an older veteran he came out and won the 2008 Burrumbeet Cup.

He has now been officially retired to the family farm.

Amazing how time fly’s 5 years ago winning the Cranbourne Cup with him and this year with Boom N Zoom I’m sure there was a reason I kept them next to each other. What ever can be said in horse language it worked.
Congratulations to all the owners connected to Boom N Zoom, it was an absolute thrill to take out the Cranbourne Cup, he did a great job and a fantastic ride by Craig Newitt, it was very exciting not only for me but for everyone involved and also my wonderful staff.

I'd like to congratulate the connections to Testa's Double, Island Home, and First Course owners also for great wins during the month.

Thank you to all my owners for your on going support and many more wins and smiles ahead of us to come.

Happy and successful racing to you all.