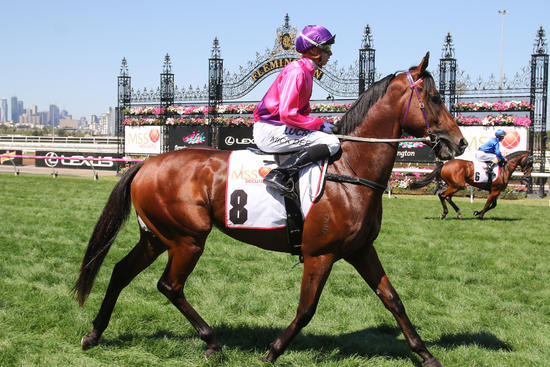 Stablemates Syd’s Coin and Write Enuff are at double figure odds but Craig Williams is more than happy to be riding the two in three-year-old stakes races at Caulfield.

The pair, trained at Cranbourne by Ken Keys, are both trial winners heading into their return runs on Saturday.

Syd’s Coin is a $41 chance in the Vain Stakes while Write Enuff is a $12 hope in the Quezette Stakes.

Williams has a good opinion of both while describing them as opposites.

He says Syd’s Coin will continue to develop whereas Write Enuff has already shown the promise of being a handy sprinter.

“I think the plan is to get him out a bit in distance but he’s trialled up nicely to perform well first-up,” Williams said.

“I guess we’re going to need a little bit of luck from the draw and hope that he’s come on as he’s had to mentally improve from his first preparation.”

Williams said Write Enuff, a sister to Keys’ former exceptional sprinter and Caulfield Guineas runner-up Rich Enuff, was an explosive type who had matured since her debut win at Warrnambool in May.

“She was quite fresh but very fast in her barrier trial in preparation for this race,” Williams said.

“I’m looking forward to her having her second race start and you can feel the maturity in her and she’s strengthened up in the winter months.

“She’s had the one start for one win and was then put away with a view to the spring.

“So far she’s showed those signs and I’m sure this race will tell a lot more.”