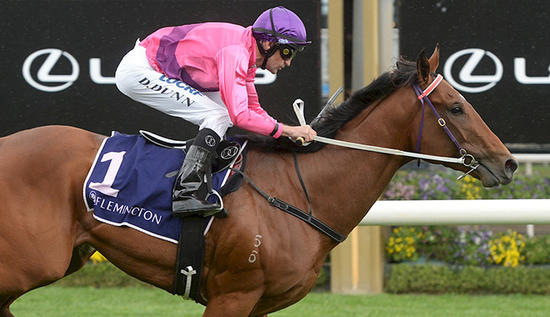 Keys said that race was one of the great experiences of his life and Rich Enuff’s effort was fantastic but the result still tormented him.

“The fact was he didn’t win though,” Keys said.

In 2014 Rich Enuff was the boom colt and he was heavily backed on the day from $2 into $1.80 but after over-racing early and in the middle stages went down in a photo to Shooting To Win.

“That was a tough week with all the hype and then to just get beaten. I’m glad to be back. Caulfield Guineas was our plan and plans in racing don’t always come off.”

Keys said he was looking forward to a low key lead-up which would be a complete contrast to the hype which surrounded Rich Enuff in 2014.

Keys hasn’t trained a Group 1 winner in his career and the 2014 Caulfield Guineas was the closest he has got.

Soul Patch is an $11 chance after winning his last two races at Sandown and then at Flemington.

Keys trains with his daughter Kasey and only has 23 horses in work and was glad to have another horse who had the talent to run in a Caulfield Guineas.