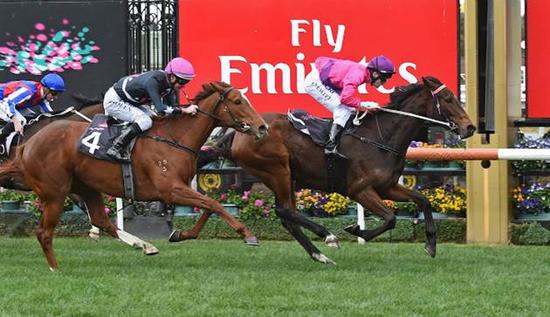 Trainer Ken Keys will have his attention divided between Sydney and Melbourne on Saturday as two horses from his Cranbourne stable reach momentous stages of their career.

At Randwick, Keys is hoping its third-time lucky for his ageing class mare Spanish Reef in the Group 1 Coolmore Legacy, while a horse at the other end of his career has his first crack at a race at Caulfield.

That horse is the two-year-old Indictment, who is the half-brother to Keys' former top-class three-year-old Soul Patch, who was retired after suffering a tendon injury when third in the Australian Guineas at Flemington just five weeks ago.

Keys dislikes putting the cart before the horse but said he believed Indictment to have good ability. He warned, however, that the son of Street Boss was at the start of what he hoped would be a long career so was not expecting too much.

"He's a nice horse too and probably different (to Soul Patch) in that he's more of a sprinter," Keys said on Wednesday.

"He's got a long way to go but he's showing us some good signs."

Indictment has drawn barrier seven for jockey Ben Melham in a field of 13 in Saturday's opening event of nine races at Caulfield.